Seeing Goals to the End....

This year my weight loss efforts were great in the beginning. I was losing weight consistently on a weekly basis and then, somewhere in April I did something wrong. I messed up my rhythm. It was so bad that even with my exercise and diet my weight loss became so inconsistent. I would lose and then gain and then lose the same weight over and over again.

2013 has to be different. I started jogging again this December but had to pause due to a foot injury. My foot healed and then I started again. It helps that I go with my Mom. Today I went alone. Left the house at 4:30am and was back at 5:40am. It's rather unfortunate that I don't have a pedometer or gadget to know the distance I'm covering. Been looking online and I may get a friend to order a Polar FT7 for me.

I believe that knowing the exact amount of calories I burn and the distance I cover may also motivate me to try not to undo all the good that I've done. To be honest, I'm sad that in three years I have not lost a significant amount of weight. I am lighter but still obese. If I don't lose at least 30lbs in 2013 I may just decide to abandon blogging. Why waste people's time if I can't even motivate them? I hate disappointing people who have faith in me. Hopefully that will put me in check.

The year has almost come to a close and I decided to review my year to see if I was really able to do any of the things I had set out to do. Did I lose weight? Did I change my eating habits? Well, let's find out.

Weight Loss
I set a goal to lose 50 pounds by this year. Unfortunately, I failed :-(. However, I realized that weight loss was a daily battle and that I would continue striving to be a better, fitter and healthier person.

Clothing
So, I was hoping to wear a UK size 14 by the end of the year. I managed to get to a size 16 for some clothes. I know it's not the same but I believe I have learnt  many lessons that will make me achieve this goal in 2013.

Exercise
I had a couple of exercise goals in 2013. And I was surprised that I was able to achieve some of them.

Complete the C25K program: I got to Week 8 and just froze. I don't even know why. After completing Week 7 I just couldn't motivate myself to continue. Will I try again in 2013? Definitely.

Walk a 10K on the treadmill or outdoors: I'm proud to say that I achieved this goal on the 9th of May 2012. It was a cool evening at the gym and it took me almost two hours to complete but, I did it and was so damn proud of myself.

Run for 15 minutes straight: Check! Check! Check! Did this for the first time on  April 24, 2012. It felt so good. I, Enyonam, actually ran/jogged for that long without dying. lol!

Do at least one kind of exercise daily: Is there a half mark for this? I mean, I exercised at least three times a week most of the time. We'll be putting this goal up for 2013.

Do at least one type of ab exercise daily: Total fail! I'm not even going to try explaining why.

Eat less fast food: I think I did better at this than last year. I can actually count the number of times I ate fast food this year as opposed to last year. I cooked more meals at home.

Drink more water: Pass! I did drink more water this year. Made sure to consume at least three litres daily. There were days when I drank less because I took in fruits that contained lots of water but on the whole I think I passed this one.

Eat more fruits and vegetables: Another pass! I took in more smoothies than anyone in my home. And before you attack, I made these smoothies with fresh fruits only. I had lots of salads and vegetable stir fries too.

I still ate white rice and refined carbs but, it was to a lesser extent as compared to 2011.

On the whole I can't say I'm happy with what I achieved but, I must admit that the year wasn't a total failure. There was a time when I would have taken advantage of the holidays and shoved everything in sight down my throat. Now, I actually exercised during the holidays and ate thoughtfully. I may not have lost 50lbs but I'm proud that I didn't gain more than what I weighed at the beginning of the year.

I'm off to set my goals for 2013. Don't be surprised to see a repeat of some of the listed goals since I'm not going to give up that easily.

Posted by Enyonam at 6:35 AM No comments:

Just got back from a 1hr walk with my Mom. It was fantastic and I really needed it since my foot injury made it impossible for me to work out for almost two weeks.

Yes I sprained my foot jogging and that taught me not to jog on rough roads. lol! Anyways, I was naughty on Christmas Day. I just had to have some ice cream :-). I'm not sad I did since that would be the only time I'm taking ice cream this holiday season.

Anyways, I'm off to plan my day. Have fun guys.

Merry Christmas folks.
Posted by Enyonam at 5:57 AM 2 comments:

Mental note to self; Diet Soda does not help my weight loss efforts. After a couple of experiments I realized that I gain anytime I drink Diet Coke. I guess my body identifies it as one of the bad guys. So no more diet coke or pepsi  for me.

I also noticed that I'm consuming food that is three to four times less than what I used to eat before. It's amazing to find that the body needs very little amounts of the various food groups to thrive. Wow! So where did all the junk use to go in the past? Of course that was a rhetorical question, the mirror in my room shows me the answer every morning. Lol!

Exercise has been pretty good lately. Unfortunately my  foot hurts so there may be no workouts for me today. Guess it's from all the skipping I've been doing lately. Not my fault, I really love skipping :-). Will try the elliptical though to see if I can handle it tonight. I went on a three week gym hiatus but I will be resuming attendance next week. I'm glad that my trainer will get to see a loss on the scale even though he hasn't seen me in three weeks. Though I've been telling him about my workouts, I have a feeling that he has a few doubts.

Getting Better At This..

By this I mean keeping a journal. I have entered consistently since the 26th of November. Every bite, nibble or sip has been entered into my book. I'm glad I'm doing this because I can look back later and say I did this the right way.

On other matters, I am beginning to understand why so many people insist on a low carb diet for weight loss. Just eating right this past month has made it possible for me to drop a few pounds. It hasn't been easy but the journal has helped keep me accountable.When I overdo it, I make up for it in the next meal. I feel lighter this days.

Exercise has been really good. I've been alternating between skipping and the elliptical so that my body doesn't get too familiar with one exercise. I'm even considering going back to my twice a day challenge where I exercise in the mornings and evenings. Maybe intense in the morning and then light in the evening. What do you guys think?

This morning, I had to use a scarf to tighten my workout shorts and prevent them from falling as I skipped. I must be doing something right, right? I really want to hit Onederland so I can get myself this. 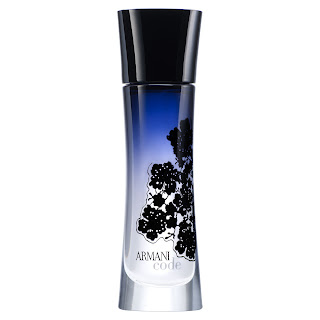 Yes, I'm a  huge fan of Armani Code. It's a bit high-priced in Ghana so I plan on spoiling myself once I hit Onederland. Perhaps a picture will help me work harder and be more disciplined. I'm ashamed to say that I have been so close to seeing 199 on the scale more than once. I don't know if it is a psychological thing that makes me self-sabotage. No more! I will get there this time.
Posted by Enyonam at 11:11 AM 3 comments:

November has come and gone. It was a great month for me. I joined a weight loss forum and logged in all my meals and exercises. I failed to journal for only two days but on the whole I believe I did great. Logging my food intake really made me watch what I was eating. I think it also motivated me to exercise regularly too. Seeing people journal Taebo, Leslie Sansone videos, Body Pump, Insanity etc. made me realize that if people are working harder to achieve their goals, so must I.

Anyways, I gave my tickers a reboot. I said I was not going to disclose my weight earlier till i reached 200lbs but, where is the accountability to you guys if you can't witness my losses and gains? So I've decided to continue the weekly weigh-ins even though I'm not 200lbs. :-)

How many of you guys have heard about the Warrior Diet? The folks at the weight loss forum seem to be into it because most of them have lost crazy amounts of lbs by following the program. Apparently, you eat  little during the day and then eat (not overeat) your main meal for dinner. I tried it during the week and I must say it's not a bad regime. You get to eat fruits and vegetables in the day and then adequate amounts of carbs and proteins at night. I must confess that it does take a bit of discipline to ensure that you don't binge :-)

I'm hoping that if I follow my diet and exercise plans to the letter I would be able to reach Onederland by Christmas. I'm also thinking of getting a camera so that I can post more pictures here.